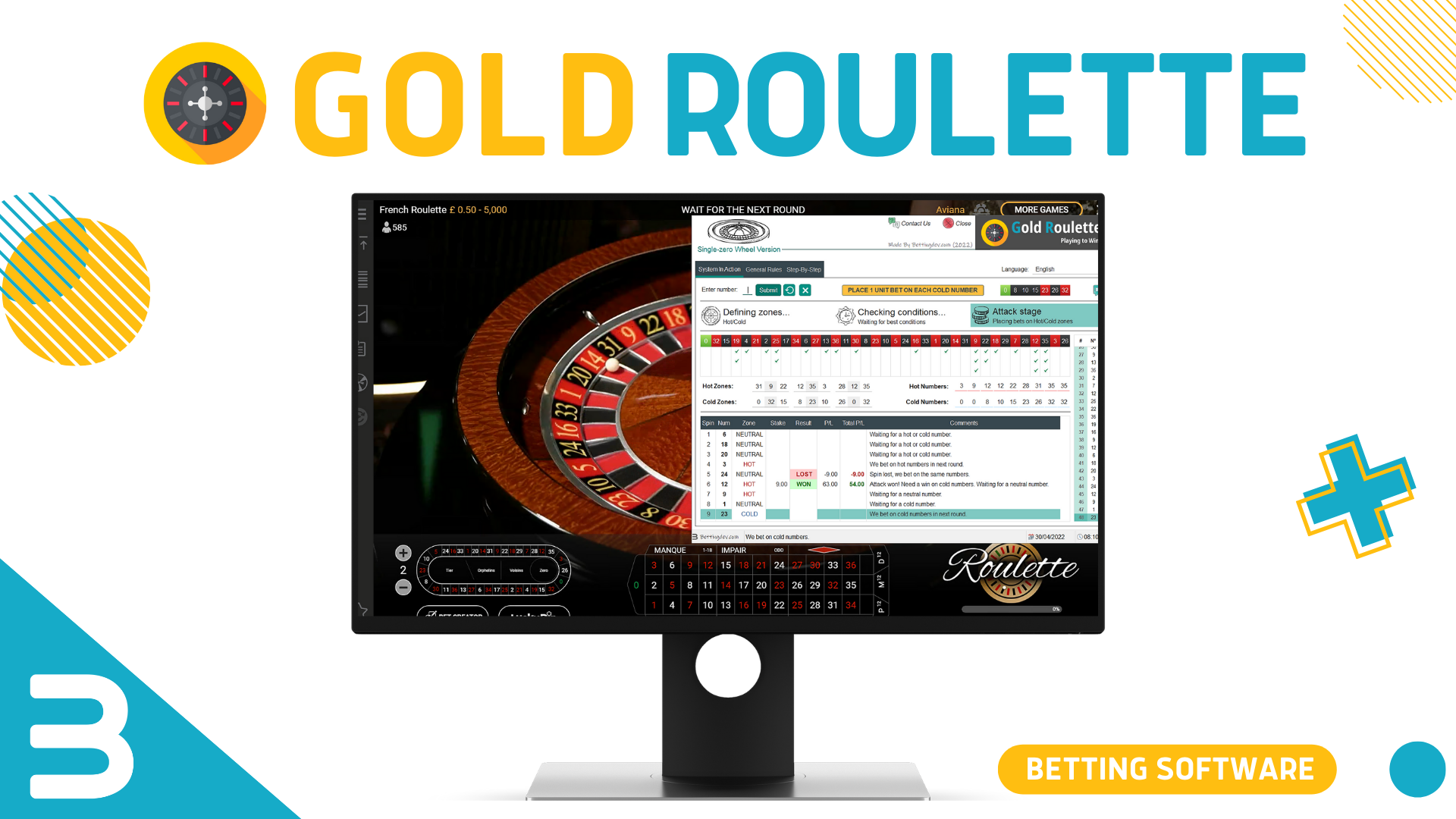 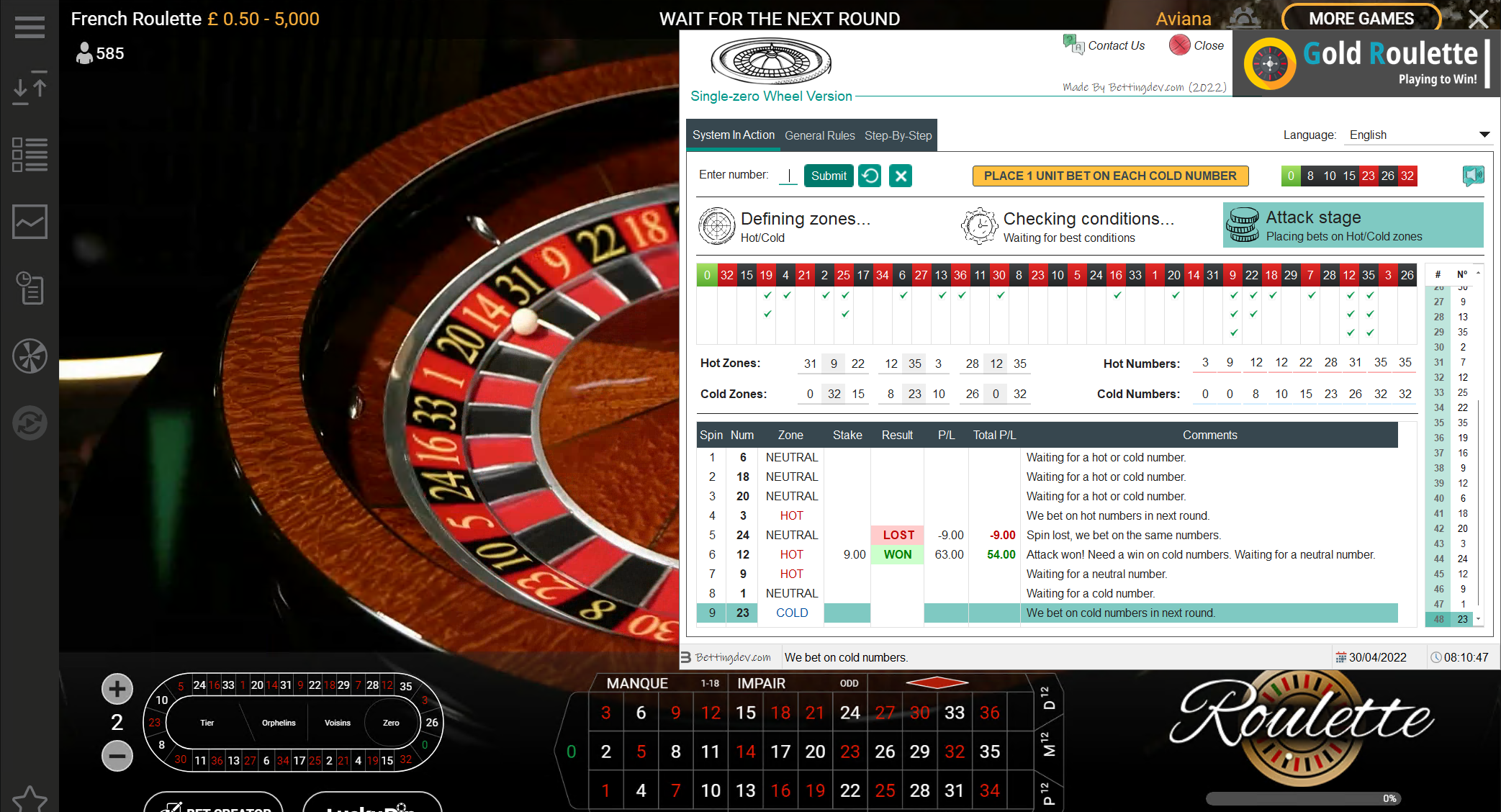 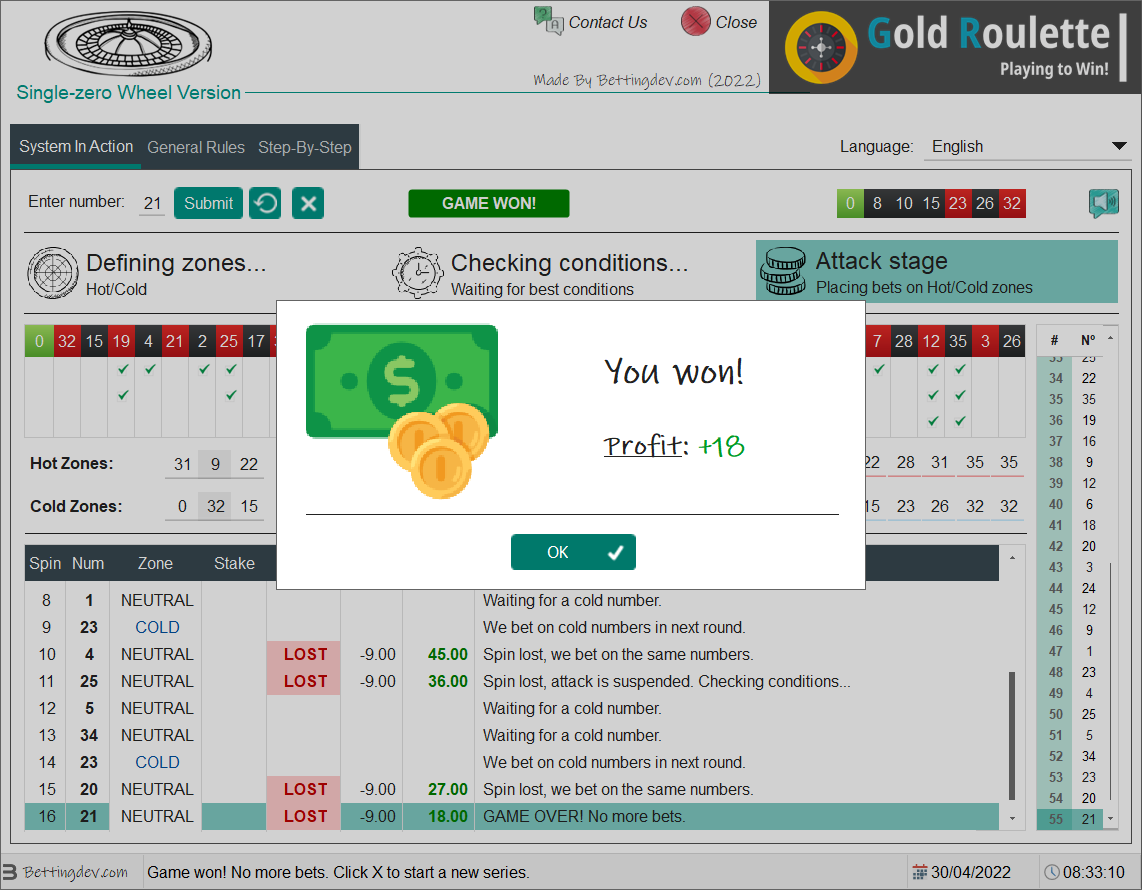 Use code bf2022 during checkout and get a 40% OFF!
BLACK FRIDAY DEAL!
In stock

The numbers you have to bet on are selected according to their position on the wheel after a few balls of observation.

These first balls are used to define which are the hot zones of the wheel, and in contrast the cold zones. 3 hot zones and 3 cold zones will need to be defined before bets can be placed. Once this is done, we will bet on each of them, one after the other, when the optimal conditions are met.

Of course all this will be handled automatically by the software. The only thing you have to do is to manually enter the results of each spin.

A hot zone is a 3-number portion of the wheel where the center number appears 3 or more times. For example, the zone 30-8-23 will be said to be a hot zone as soon as the number 8 has hit 3 times, regardless of the number of times the neighboring numbers (30 and 23) have hit.

A cold zone is a 3-number portion of the wheel where none of the three numbers appeared during the period used to detect the 3 hot zones.

Numbers that do not belong to either the hot or cold zones are called neutral numbers. No bet will be placed on them.

The aim of this method is to win one attack on the hot zones and another on the cold zones per game. Each attack will be launched only when the optimal conditions are met (estimated automatically by the data engine).

NOT USABLE with RNG roulette!!

Of all the games of chance played in the world, the Roulette is without context the fairest. It is moreover this quasi-equity which gives it so much attraction as soon as one is a systemist and plays with other ambitions than that of having fun.

Anyone who has ever played roulette will have noticed the strange phenomenon of repetition (also called footprints).

Some ‘hot’ areas become hyperactive, sometimes briefly, sometimes for a few dozen draws, and when they ‘cool down’, the cold areas ‘warm up’ as the absent numbers come up again.

Discover this Roulette method based on straight numbers and benefit from a unique expertise to master the most famous casino game. 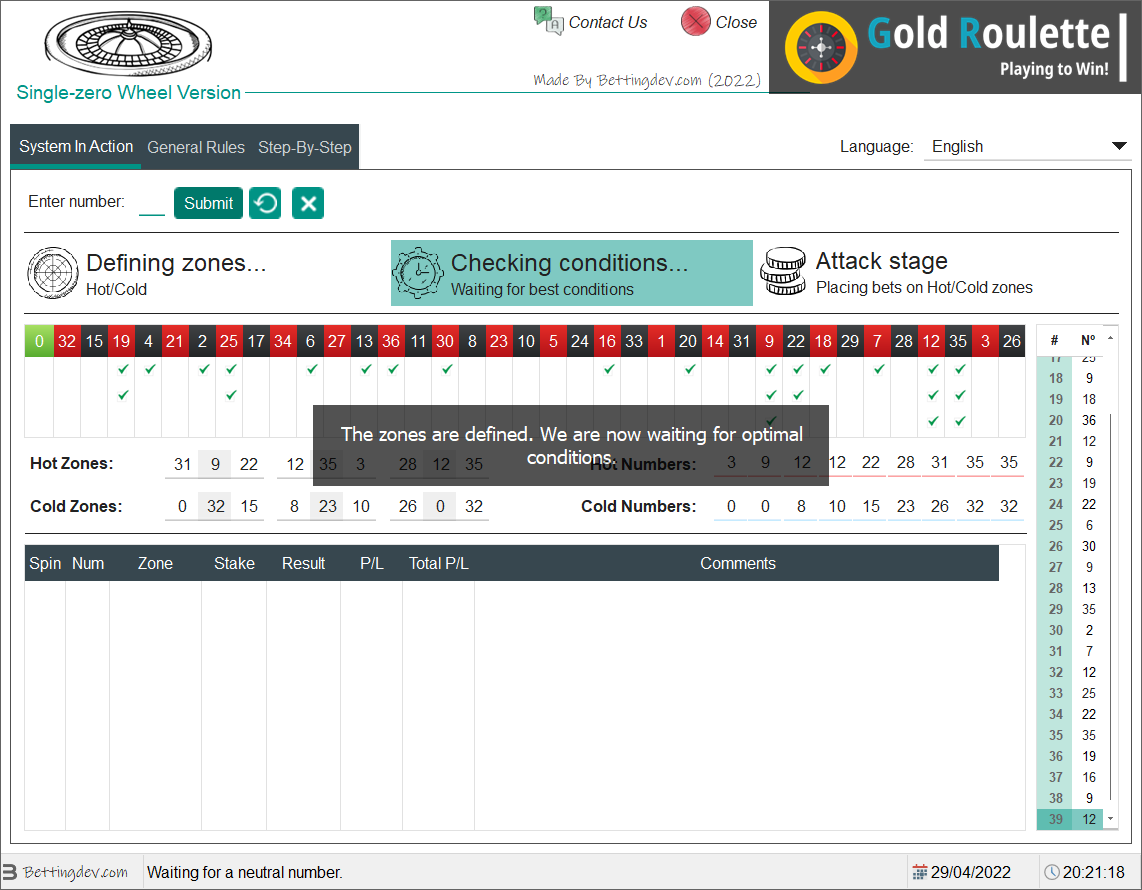 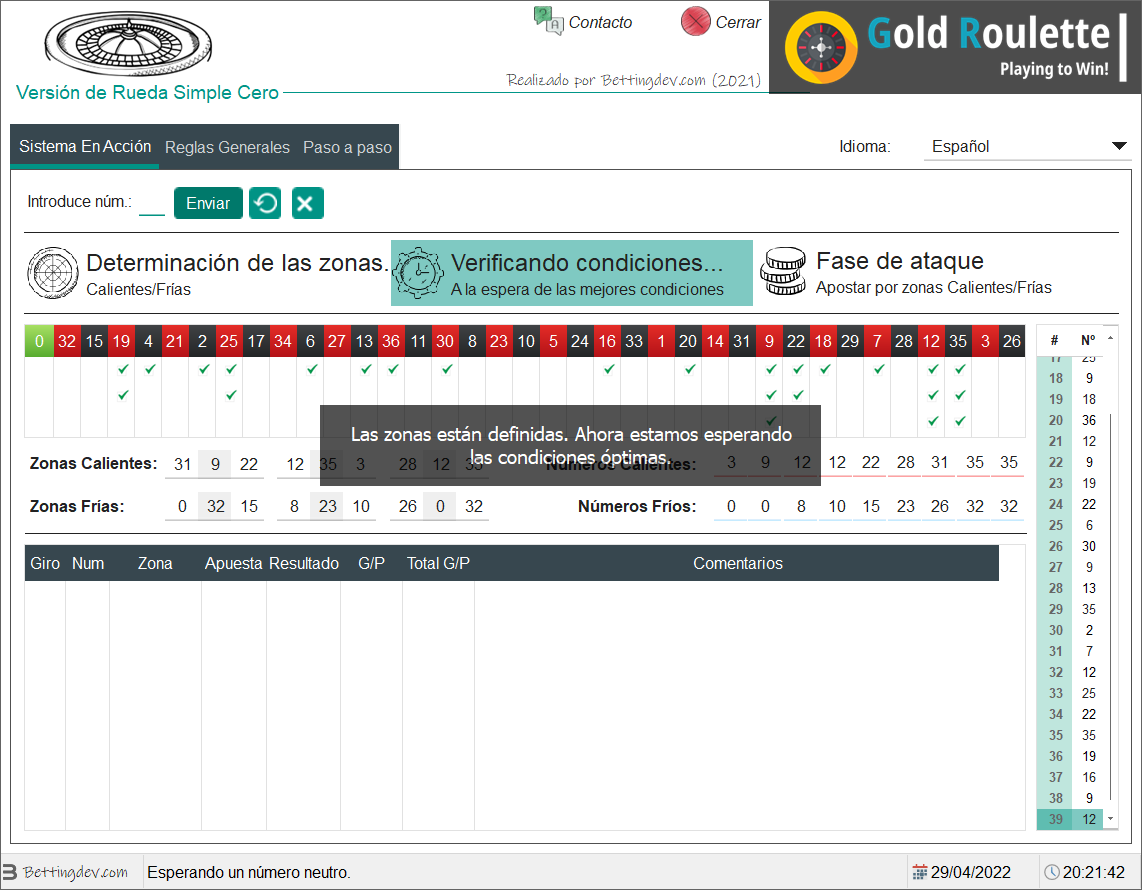 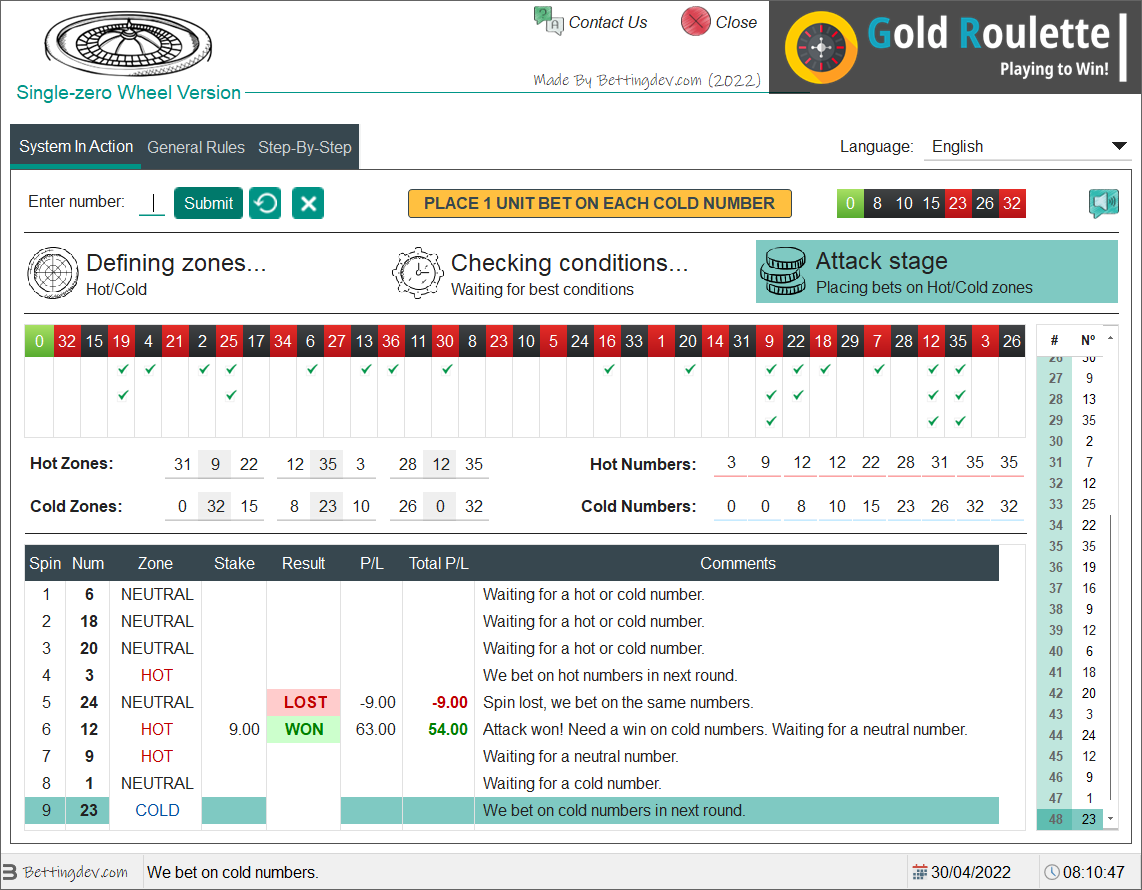 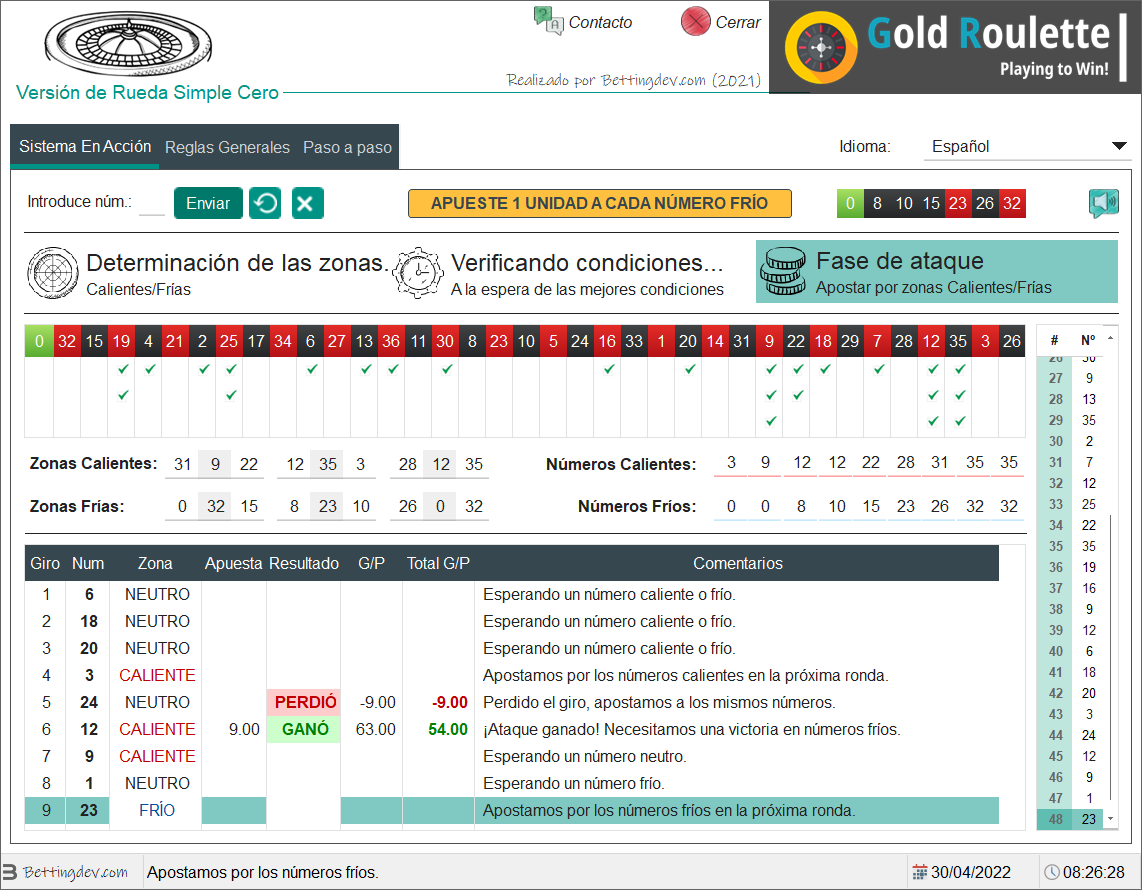 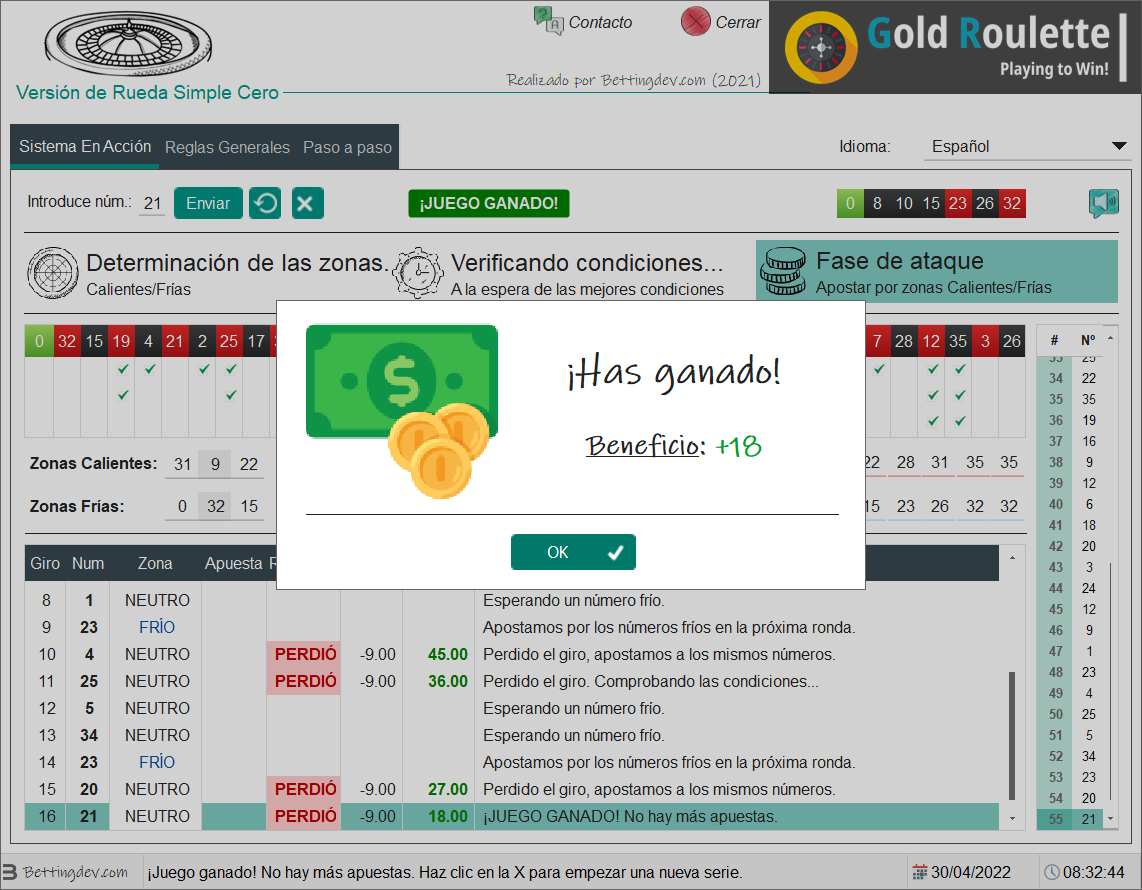 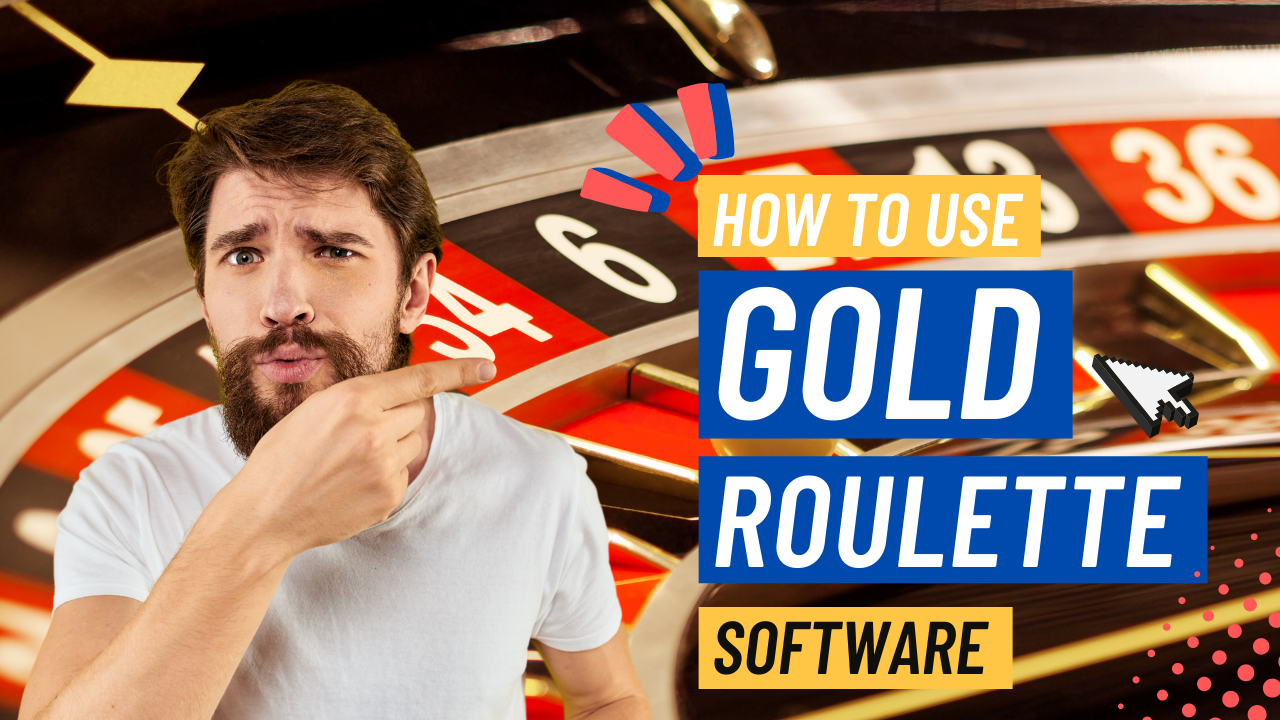 Is always flat bet or the system use a progression? sergio asked on May 8, 2022

Hi Sergio,
It is flat bet. The software doesn't use staking plan.

No it is not an automated Betting Bot. You have to place manually the bet.
Let us know if you have any further questions.

Sorry, no questions were found

Your question will be answered by a store representative or other customers.

Thank you for the question!

Your question has been received and will be answered soon. Please do not submit the same question again.

Thank you for the answer!

Your answer has been received and will be published soon. Please do not submit the same answer again.